Have you ever eaten sushi with 3D printing technology?

Open Meals, a Japanese future food startup, is developing 3D printing technology, which is made from sustainable ingredients that can be transported around the world. The company has successfully created custom pixel printed sushi, known as “8-bit sushi,” which will make its debut at Tokyo restaurant Sushi Singularity in 2020. This marks the first standardized digital food system in the world, and the company intends to change the global food system and many of its problems by upgrading its technology to share, download and 3D print technology for all types of food, such as Food insecurity and loss of biodiversity.

Founded in 2018, Open Meals is a Japanese start-up dedicated to the development of 3D printing technology food. The concept, a partnership between Dentsu, automaker Denso, a marketing company, and Tohokushinsha, a studio, made its debut in South by Southwest (SXSW), Texas, earlier last year. The platform hopes to use its technology to fundamentally change the way food is produced and delivered under the current system. 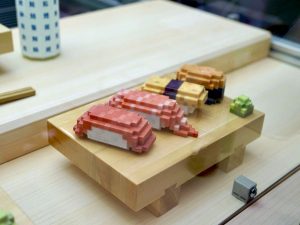 Although 3D printing technology in the food industry is not a new phenomenon, the startup is using the technology to customize nutritious foods as small as millimeters using waterborne printers. The food box will mainly contain plant ingredients, such as seaweed, enzymes and fibers. Chefs can upload it to the Food Store, where they can store and remake recipes for each dish. Because Pixel Food Printer can inject personalized preparations, condiments, nutrients and supplements into food, nutrition has always been the focus of attention.

Open Meals is preparing to launch the first sushi restaurant concept Sushi Singularity, which will open in Tokyo in 2020. The restaurant will print sushi and share sushi recipes around the world through its online platform. In addition, sushi plans to super-personalize individual diners based on their biological characteristics and genome data. This tailor-made concept will require customers to send biological samples before going to the restaurant. Health experts will then analyze the data to create custom dishes and inject nutrients into them that customers may lack.

The innovation could change the current unsustainable global food system, characterized by the worst consequences of the climate crisis. An early IPCC report was revealed by the United Nations that urgent global food system repairs are necessary, especially in terms of production and land management if we are to avoid catastrophic consequences such as irreversible global warming, topsoil loss and uncertain weather patterns. 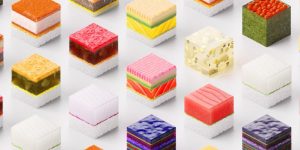 In view of global hunger, the need to change our current food system has become more urgent, and in Asia, little progress has been made on the issue. The idea of 3D printing technology food will greatly change food production and share it globally, and will also reduce emissions because it is mainly made from plant ingredients and other sustainable sources.

Open Meals’s 3D printing technology will also help solve the global health epidemic by injecting nutrients into the food concept. Major landmark scientific research has shown that no two objects are the same. Although general health guidelines can be applied to most of us, each of us is personalized in response to food, so personalized eating methods are needed to achieve the best health. In the future, the company also hopes to expand the service in hospitals and nursing institutions.