Recently, the world’s largest 3D printer and the largest 3D printing technology product in history, the printing ship, made a public appearance at the University of Maine in the United States. And unbelievably, the ship, printed with 3 D printing, can really sail on the water. 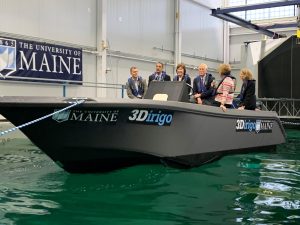 The ship, printed at the Center for Advanced structures and Composites at the University of Maine, is 7.62 meters long and weighs 5000 pounds and is named 3Dirigo. It is understood that the ship was made in a 72-hour uninterrupted printing process at a cost of about $40000. 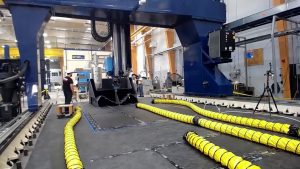 This example shows that large print machines can create larger objects that can effectively assist companies in product development, says habib dag, founding director of the composites center. And this new type of printer can make prototypes with faster speed, also let us can invent and innovate faster.

At the same time, the world’s largest printer printed out of the ship was also on display. The printer is about 23 meters long and will be expanded to about 33 meters in the future. The University of Maine and Oak Ridge National Laboratory in Tennessee are working on a printer program. It is reported that the school, in cooperation with Oak Ridge Laboratory, will work on the use of cellulose-reinforced biological-based thermoplastics to produce more durable and recyclable 3D printing materials. If the plan goes well, the printer will be able to produce models or cement buckets quickly and recycle them. 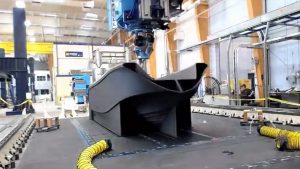